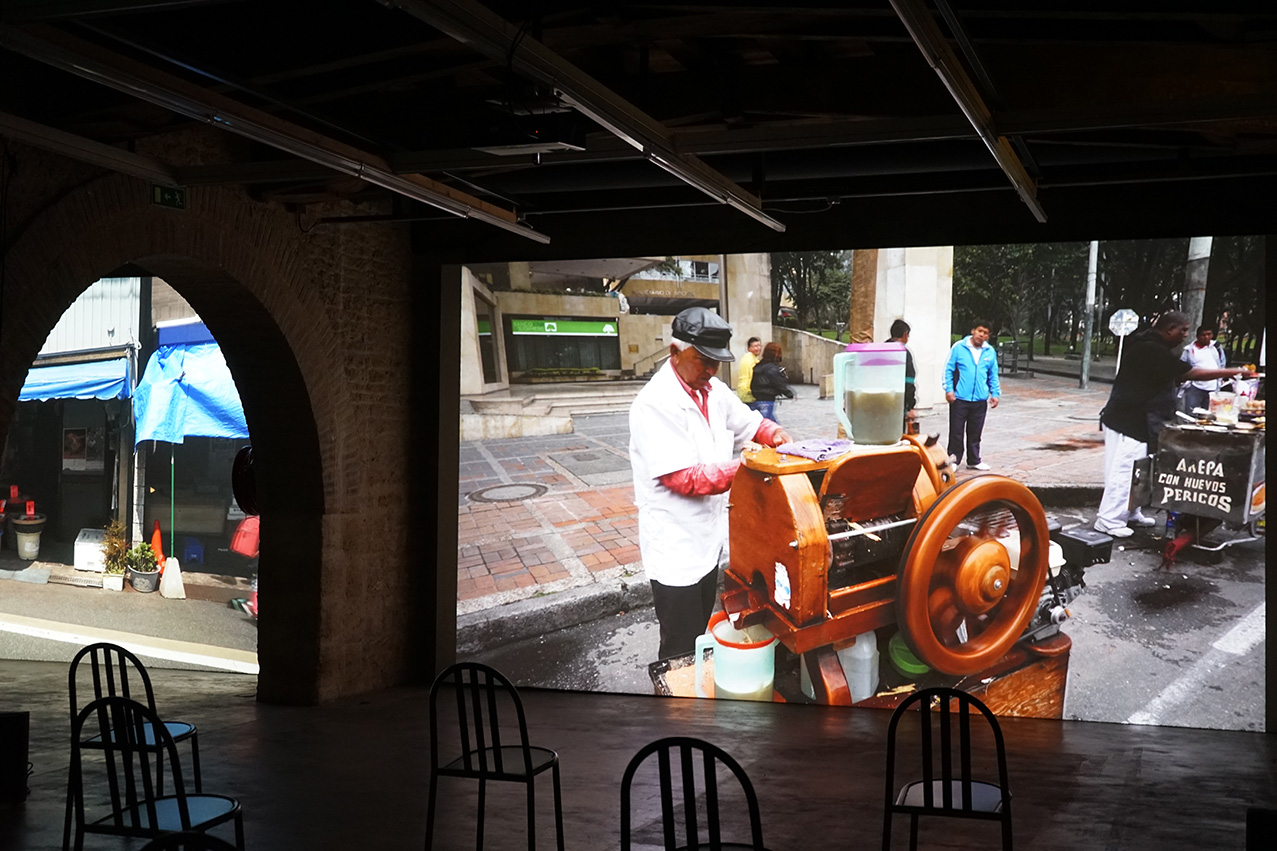 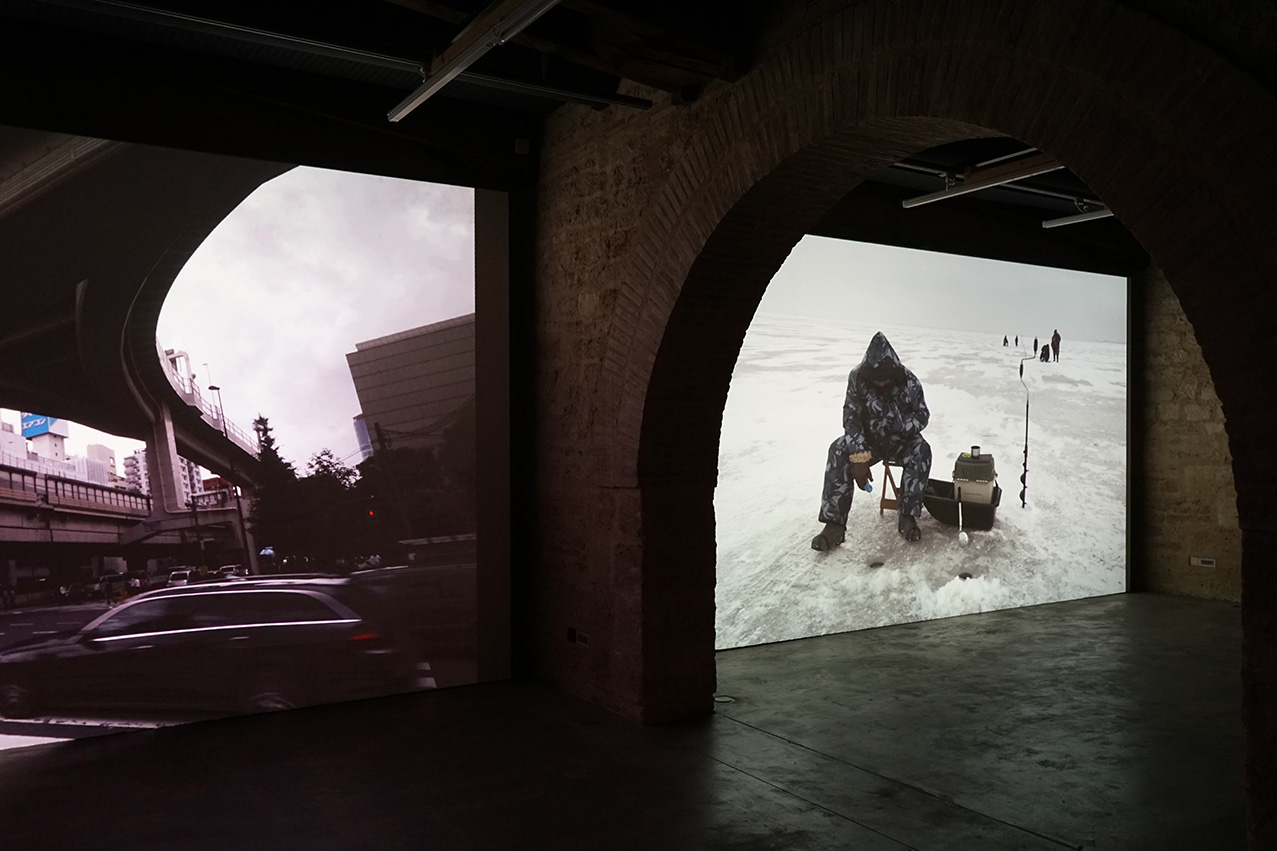 arc en rêve centre d’architecture is delighted to be welcoming visitors once again with the film installation HOMO URBANUS by Ila Bêka & Louise Lemoine. This project, conceived as a diary of subjective immersion, invites the visitor to experience the rhythm of 10 world cities in space ans time.
From their first film Koolhaas Houselife in 2008, which focused on the architecture of Rem Koolhaas’ emblematic practice, to HOMO URBANUS – 10 films on 10 world cities made between 2017 and 2020, Ila Bêka & Louise Lemoine have developed a cinematic approach that embraces anthropological, social and cultural issues and takes a highly contemporary look at the inhabitable environment.
We have chosen to schedule this exhibition following the Covid-19 lockdown because HOMO URBANUS celebrates the multi-facetted yet unique character of public space, where commonality and the experience of otherness go hand in hand.

After the trying constraints of lockdown and social distancing that brutally reduced urban space to its strict minimum, making it into a place where isolated individuals merely cohabit, HOMO URBANUS is a cinematic odyssey offering a vibrant tribute to what we have been most cruelly deprived of: namely, public space.
Taking the form of a free-wheeling journey around the world (10 films, 10 cities), the project invites us to observe in detail the multiple forms and complex interactions that exist every day between people and their urban environments.
Somewhere between visual anthropology and observational cinema, these films put urban man under the microscope and encourage us to take a closer look at individual and collective behaviour, interpersonal dynamics, social tensions, and the economic and political forces that play out every day on the grand stage of the city streets.

Walking in unknown cities to collect impressions, to catch a vibration, to gather situations and things seen at the angle of a street, on a crossroad, from the top of a building. Depicting a city in its present, in the simplicity of its daily life. Listening to its rumble, the sound of its depths. Slipping into its rhythm. To be on the lookout, in a continuous wonder towards the imagination and creativity men have managed to develop to find a way to live together. Asking ourselves what makes a city, trying to understand its silent rules, its habits, its imperfections, its difficulties, and its unique way to answer the endless question: Where do we go?
Aimless navigation without a compass, without a map, in the territory of the city, seeking for snatches of daily life, gestures, places, scenes that make a city what it is. Visual notes on what we scarcely look at: our ordinary urban practices, customs and habits, our behaviour, everything that escapes us and speaks of us, the inhabitants of our cities.

HOMO URBANUS… but who are we in reality? What are we made of? What do we think about? How do we live? What kind of relationship to space have we developed? Space for one and space for all…but where is the frontier? What do we share? How do we relate to our peers? What forms does this take, where, and how? In the street, what do we allow others to see about ourselves and what do we seek to conceal? What is our relationship to time in a city? And how does that define us? What is our relationship not only with history and collective memory, but also with what is new? What meaning do we give to order, rules and standards? How is individual freedom constructed within them? What relationship do we develop with work, effort, fatigue, and the body? What place does money occupy in our lives? What about pleasure? Love? Spirituality? What about happiness? Can we talk about happiness?

These films explore our condition as an urban animal and the way in which the city—this artificial environment that we build around us every day like an extension of our contemporary bodies—shapes and conditions us.
Yaken on the fly, these visual notes look at urban man not only within his group but also in the depths of his solitude, redesigning the outlines of the city according to a kind of emotional geography. More than mapping out an area, the idea is to allow a city to speak through the ways in which it is used, in order to show the shifting nature of its human landscape and to understand what local singularities remain in the context of the wholesale globalisation of our urban lifestyles. By assembling these different films, this installation looks at cities as unique responses to the global challenge of living together.